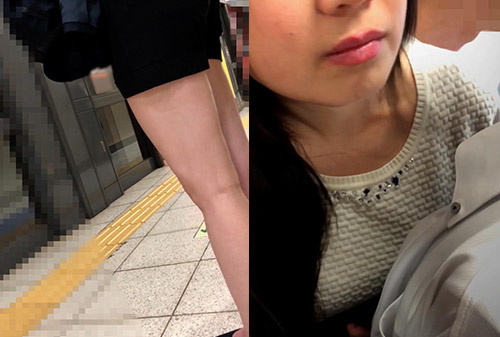 ※ This item is included in the package version "Molestation Record Diary vol. 16".
Please be careful about duplication of products.

I started with a bad friend.
I strongly receive the colors of certain works.

After all pervert is not quit ~!

In fact, I was wondering if it would stop touching on the way. .
I wonder if I'm getting used to a pervert, the look of a lizard that the guard is quite hard and it's clearly cloudy ... I can't say voice but I can become a land mine if resistance is repeated ... I think it's more dangerous than this ... Tage's guard that suddenly looses when ...

I have no choice but to go.

I struggled a bit with the snug shorts, but when I put my fingers in the hem, I always touched the raw bread ... and if I let the pervert fall, this thing is here ...
If you trace the crack from the top of the panny panty, the voice does not come out, but the reaction that changes!
A body that feels sharp and sharp ... a nice pussy with a bink ... a decent ...
Apparently, it seems that there are people who are touching me besides Tage girl who is more restless. . Resistance is still as usual, but you can touch the plow that is distracted in the back as well ... The troubled expression is also unimportant ... After all ...
The crotch of the Tage which has clearly been rising in response than before. Every time a finger is touched, the sensitivity is increased in such a situation.
You will like this girl, clit-, every time a finger is touched Bikkubiku ...
It is a bad habit that you will be tempted to blame for relentlessness when there is a reaction, it is a bad habit, the crotch gradually getting hotter ... Tage that exasperates rough ... Feeling voice that leaks occasionally ... The best. . .

When the station getting down soon is approaching ...

Next time I see you, I'm a student.

・ About the model of this work, we are checking the age of 18 years old or more by the ID card
・ A person appearing in this work is a model and has taken pictures upon consent.
・ Contents based on this site terms of use.
-For completely original products, sending to third parties, secondary use such as sales will be prohibited at all
・ Returns and complaints are not accepted
・ It is fiction, and it has nothing to do with characters and shooting locations.
・ This work has no incidents related to criminal acts and criminal acts
・ This work complies with domestic law and foreign law and there is no illegal act.
・ Playing with Windows media player may not be possible due to codec. Please choose a player at your own risk. (VLC player recommended)