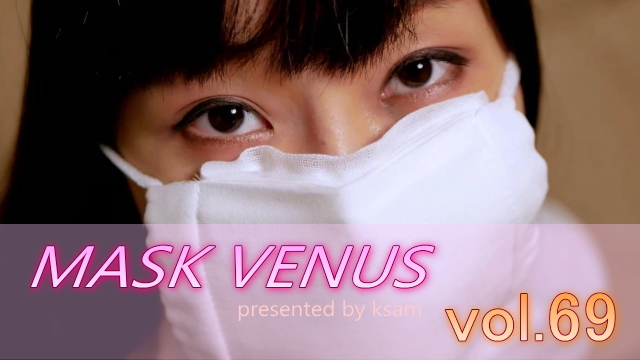 A 100% purity mask fetish video that responds to the desire and desire for endless fetish!

【Contents of video】
・ The 69th work, which has been produced after a year of blanks, is a long-awaited first appearance by Mako Saki, who is familiar as a gauze mask enthusiast!

・ In the mini-drama of part 1 recording, the two roles of a cold-drawing housewife in the apron appearance (new gauze mask) and a sexy girl munmun tutor (self-made gauze mask) are heated!

・ In the second part, the in-train image video that was popular in the previous work and the valuable interview that approaches Mako's gauze mask love and the wearing video of own & new gauze mask are recorded.

・ The third part is a large gauze mask with thick gauze, 2 sheets and 3 sheets, rare pleats and three-dimensional mask for Mako, part 4 is a new equipment with a substantial increase in the presence of ASMR and making images Included.

・ Please enjoy the supreme mask beauty picture which MASK VENUS of immovable mask send to Heisei last even though production is vacant!


※ The copyright of this work belongs to ksam and MASK VENUS, and secondary use such as reproduction and reprint is strictly prohibited.