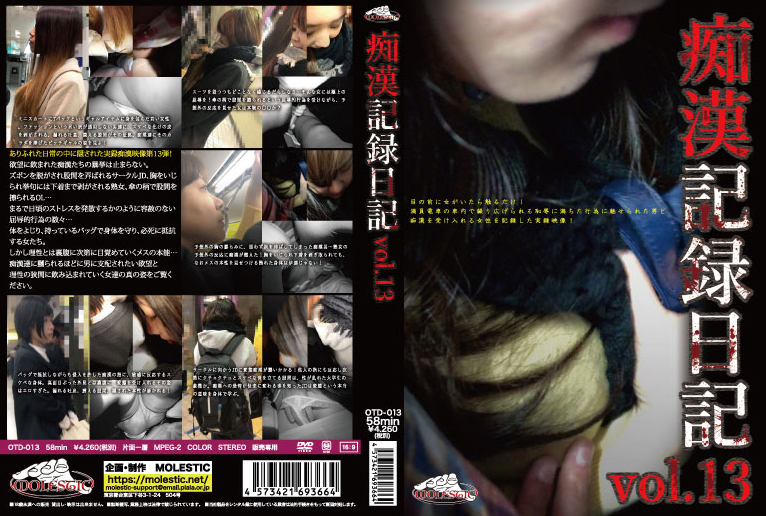 The 13th series of pictorial pervert pictures hidden in common everyday!
The violent attacks of the perverts who were drunk by the desire do not stop.
The circle JD which takes off the crotch and takes off the crotch, the mature woman who is torn up the underwear to tear up the chest, the OL which is rubbed between the crotch with the handle of the umbrella ...
A number of merciless acts of humiliation, as if to emanate everyday stress ...
Women who twist their bodies, protect themselves with their own bags, and resist their desperation.
However, the instinct of a female waking up gradually against the reason ...
Please see the true figure of women who are swallowed between desire and reason that men want to be ruled by so much as perverted men.

【Scene 1】
A young woman dressed in a miniskirt and a T-back gal item. The skin of a lewd skin is peeled off by men who do not pass an excuse called fashion. Leaking breath, the crotch that shakes is the proof. Look at the figure of Bitch gal who dedicated its body to the perverts!
【Scene 2】
Wearing a suit and feeling without hesitation ... such a woman is the best humiliation! Is a woman who showed an unexpected response while receiving the humiliating act of being rubbed in the crotch with the handle of an umbrella a real ○○?
[Scene 3]
The molester man who has stretched the finger involuntarily to the unexpected breast swelling ... The molester has burned in the unexpected reaction of the mature woman! Even if the breasts are messed up and the underwear is stripped off, the mature body that still shows the true nature of the female is not Date!
[Scene 4]
Transformation pervert attacked JD to the circle! Is the crotch that responds to other people's fingers and makes a sloppy noise gradually, a symbol of a college student whose sex has been disturbed? JD learns that fear to a pervert turns into pleasure, and learns the true meaning of transformation with the body.
[Scene 5]
The body who responds sensitively to the finger of the pervert who allowed entry while resisting with the bag. Contrary to a serious appearance, his appearance of accepting transformation was too erotic. Leaking sighs, trembling crotch, hidden nature is revealed!