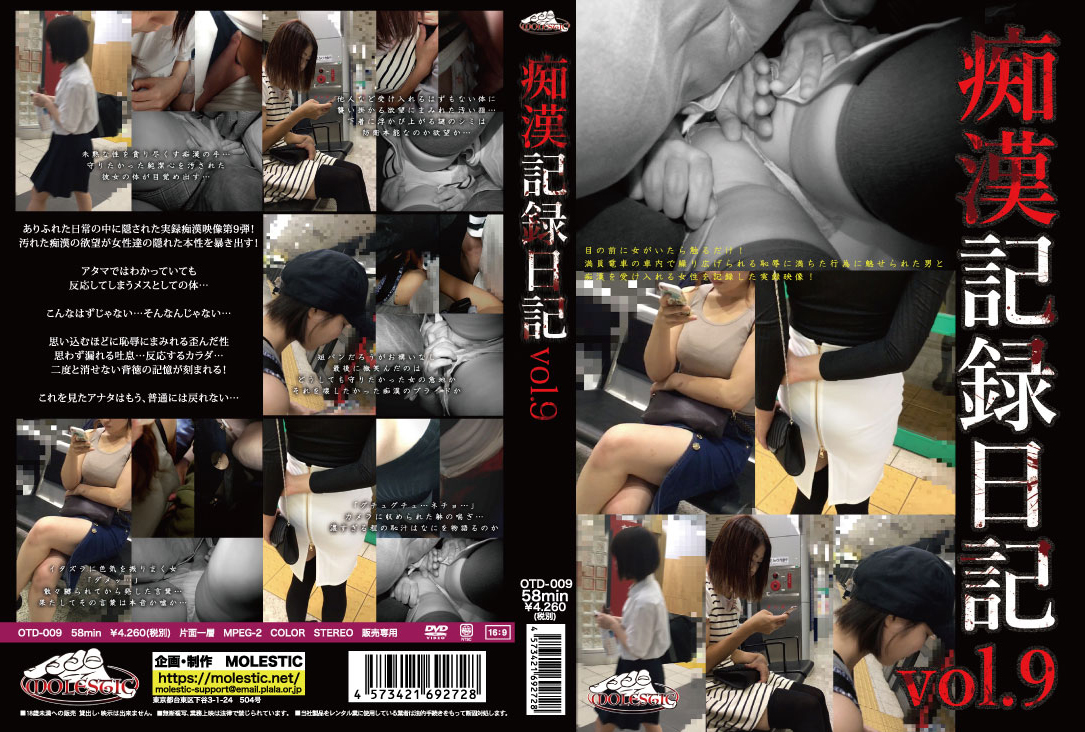 
Just touch a woman in front of you!
A man who was fascinated by shameful acts unfolded in a crowded train car
Recorded live women who accept moles!
Some do not raise their voices but just be committed, others are awakened from pleasure to pleasure.
Your "I wanted to see!" "I wanted to do!" There is such an ideal reality here!

The ninth real-life molester image hid in common everyday!
Dirty molester's desire reveals the hidden nature of women!
Even if I know it in the body, as a female body that reacts ...
It should not be this ... it's not like that ...
Distorted sex that can be mysteriously shamed.
Unexpected leakage breath ... reacting body ...
Memories of tantrum that can not be erased again are carved!

You saw this, you can not return to normal anymore ...

【Scene 1】
The hands of pervert men attacking immature bodies. Desperate Resistance Her instinct that fiddled with secret part is empty awakens. A body that reacts, a voice that leaks, but a form that desperately endure as long as the heart is not violated will ignite the hearts of molests!
【Scene 2】
The body of a woman who forgave the invasion of an unknown man reacts excessively! A spot that appears in underwear is a defense instinct to escape from fear, or is it desire as a female! What?
【Scene 3】
She is a boyish girl who was aimed at the ass meat that protruded from the shorts. When a dirty finger is hanging on the last fort in the back of a piece of thin cloth, the pride of molestation and the nuisance of a woman meet each other!
【Scene 4】
Sprinkling sex appeal to mischief and inviting molests. A word of refusal that was issued at the end of being accused of scattered molesting. That word is a lie or sincerity ... What kind of figure she wanted to hide ...
【Scene 5】
Slit skirt in T back. Molars who gather in chucks saying that they should bare us.
The motherfucker's fingers can not stop for the lustrous sound "Gutuguchu" that gradually sounds! Is it a coincidence that I met or inevitable? The world of the spirit that can not be spoken by words ... is projected ...